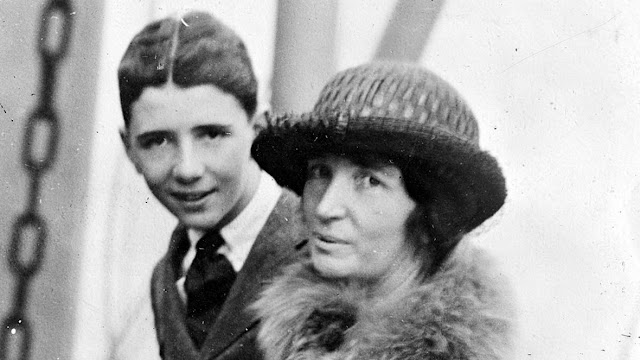 Epic, the Irish emigration museum, is to remove a photograph of Margaret Sanger from the front of its building after a complaint about her racist and eugenicist views.

Sanger, both of whose parents were Irish, was recently “cancelled” by Planned Parenthood, the US birth- control organisation she helped to establish. Its clinic in Manhattan removed Sanger’s name, saying her “racist legacy” and “deep belief in eugenic ideology” could no longer be denied.

Following the announcement, Angelo Bottone, a University College Dublin philosophy lecturer and a research officer at the Iona Institute, asked Epic whether it would remove a poster of Sanger from its facade at the CHQ building in Dublin’s docklands.

Epic tweeted back to Bottone on July 22 that it would “review this as a matter of priority and make a decision soon”. Last Wednesday it told him Sanger’s photo would be removed.

Nathan Mannion, senior curator at Epic, said the poster had been placed there only “temporarily”, but would be taken down because it was an “uncontextualised image, with no accompanying background or material”.

The decision followed the Shelbourne hotel’s removal of four statues from the front of its premises following suggestions that they depicted slave girls in shackles. Some art historians pointed out that the “manacles” might in fact be ankle bracelets.

Mannion revealed that the Epic emigration museum is conducting a detailed audit of its exhibition, “going through everything with a fine-tooth comb” in light of the recent international debate about slavery and migration. Curators are to decide whether any exhibits need to be “recontexualised”.

“We want to make sure that we are getting it right, and everything is up to date,” Mannion said. “This does not mean there will be dramatic changes. We don’t want to shy away from contested histories. A museum is not a sanitised space, and the past is as complex as society today.”

Epic has exhibits related to 340 Irish emigrants. These include people who were involved in the transatlantic slave trade, but also some who campaigned against it, and others who were indentured slaves in the Caribbean. Mannion said the museum’s aim is to ensure the stories it tells are properly representative and not one-dimensional, and amendments will be made if necessary.

Removal of an exhibit or story would be a “nuclear option” and curators would prefer that all the information about a person was presented to visitors. “We accept there is a contested history and most people are not heroes or villains, but have a greyer existence,” he said.

Two years ago some visitors to Epic took issue with Sanger’s entry in the museum, and it was changed to emphasise the more controversial aspects of her birth-control philosophy.

Though still a feminist icon, Sanger’s support for eugenics is now increasingly criticised. In 1921 she wrote that “the most urgent problem today is how to limit and discourage the over-fertility of the mentally and physically defective”. In removing her name from its Manhattan clinic, Planned Parenthood cited Sanger’s “harmful connections to the eugenics movement”, which at the time promoted selected breeding among black and disabled communities.

Karen Seltzer, chair of Planned Parenthood in New York, said the removal of Sanger’s name from the building was “both a necessary and overdue step” to acknowledge the organisation’s contributions “to historical reproductive harm within communities of colour”.