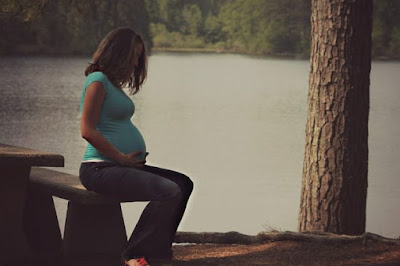 A UK court is forcing a disabled woman with limited mental capacity to have an abortion. The woman, originally from Nigeria, is in her twenties and has been diagnosed with “moderately severe” learning difficulties and a mood disorder. She has the mental age of a child between six and nine and is 22 week pregnant.

The Court of Protection, which makes decision for people lacking mental capacity, has ruled that it is in her interest not to give birth.

The woman’s mother, who is a former midwife, is happy to care for her grandchild and expressed her opposition to abortion citing their family’s Catholic faith.

The lawyers that represent the disabled woman and the social worker who helps her are also against the termination. Nonetheless, doctors from the National Health Service trust that takes care of her have deemed that having an abortion would be less traumatic than having a baby and being forced into foster care.

Obviously, the life of the baby has not entered into Justice Nathalie Lieven’s consideration at all. We shouldn’t be surprised once we consider the judge’s history in the British pro-abortion movement.
Justice Lieven has appeared in court as a lawyer in some landmark cases regarding abortion. In the past she has represented the Family Planning Association and BPAS, the largest abortion provider in the UK.

In ordering the death of a healthy foetus at 22 week gestation, with a family willing to support the child after their birth, she is consistent with her prochoice views and political activism.

One would expect that even pro-choice people would protest this atrocity but a thoughtful consideration would explain why no significant voice against Justice Lieven’s ruling has been heard from that side.

Her decision is based on a number of assumptions that are at the core of the pro-choice position: i.e. abortion should be permitted when it is safer, for the mother, than continuing the pregnancy; the rights of the child are always secondary to the rights of the mother; the foetus is not a baby until is born; the fact that a unique human life is ended in an abortion is irrelevant.

From a pro-choice point of view, lack of consent appears to be the only element that makes this case different from the ones that they would normally defend. However, consent and bodily autonomy can only be invoked for those who possess the capacity to decide for themselves. When someone is not able to make a choice independently, as in this tragic case, someone else has to do it on their behalf, arguing and choosing according to their beliefs. And this is precisely what Judge Lieven did.

The significance of this case goes beyond the abortion debate and beyond Judge Lieven’s well-known opinions on the matter. We can see here what happens to vulnerable subjects with the legalisation of morally contentious options: the exception becomes the norm. Extreme and miserable cases are used to legislate for what is initially presented as exceptional and then becomes the default position, enforced by the state.

In other countries, for instance, euthanasia was initially introduced to respect the “right to die” of autonomous individuals and then it has been easily extended to those who lack the mental capacity to request it, for their best interest. Similarly, abortion was everywhere introduced in the name of choice and now it has become the default position, imposed by the law or by social pressure on those who do not have the mental capacity to choose, in the name of their best interest.

We hear that the state is neutral with regard to moral choices and it should let individual decide for themselves. However, as we have observed in the cases of Charlie Gard, Alfie Evans, and in this one, when the state intervenes to take decision in the name of the best interest of those involved, has no qualms in imposing the death of innocent children, in opposition to the desires of their relations.

We are often told to trust doctors. Well, the doctors in this case are those arguing that an abortion would be in the disabled woman’s best interest, even against the will of her family. But why should the family, a patriarchal institution according to many pro-choice, have any voice? We shouldn’t forget that when discussing the recent abortion legislation, our politicians voted against a motion that would have required the parents of a minor to be at least informed when their daughter had an abortion.

In 2005, Nathalie Lieven, argued that “parents are no longer the best people to advise children oncontraception, sexually transmitted infections, and abortions, and that theyhave no right to know if their children under age sixteen are seekingtreatment.”

Justice Lieven’s recent shocking ruling can only be understood in a culture where abortion has been normalised (more than 200,000 last year in England) and the public conscience is numbed to the barbarity of killing a perfectly healthy foetus of a physically healthy mother at 22 weeks. In ruling for the best interest of the disabled woman, Justice Lieven perfectly embodied the inevitable consequences on vulnerable people of the prochoice position: others will choose and will choose death.
Posted by Angelo at 11:35 PM