For pro-choice campaigners, ignorance about abortion is bliss 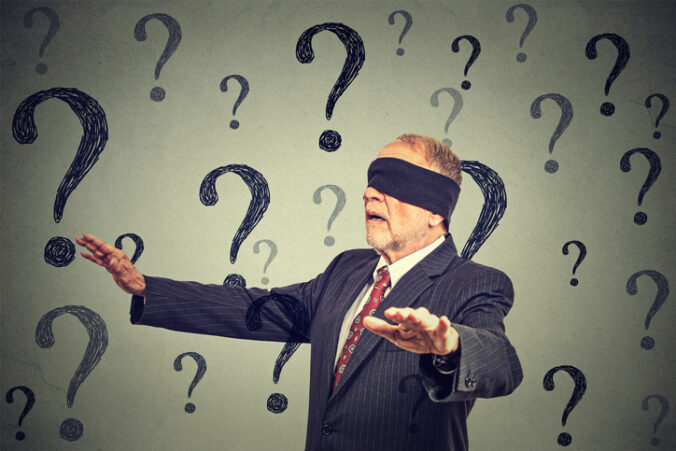 The report on abortion presented this week by the Department of Health may have informed us that 6,666 terminations were carried out in Ireland last year (plus 375 in Britain), but aside from that, it is abysmally and purposely poor in terms of information given. It does not include typical data to allow us to analyse what groups are more likely to have abortions and why. Many pro-choice campaigners do not want the public to know more. They want to keep us in ignorance about what is going on.

All across Europe, countries produce an annual report on terminations because statistical knowledge is essential for research and policy development.

A comprehensive collection of data about abortions based on the national reports from 32 European countries can be found at abort-report.eu. It gives an insight into the details that are recorded internationally.

To have an idea of how poor the Irish report is, it has only 3 tables and is a mere 5 pages long, including the cover and the introduction. The equivalent documents for England and Wales, for instance, have a total of 41 pages and 32 tables. (The Italian one is 55 pages long and the Dutch one 45.)

The Irish official document contains just three pieces of information: the section of the legislation under which abortions were carried out, the county where they took place and the month of the year when the Minister was notified. This last detail is atypical and of little interest.

It does not mention abortion rates per number of women and of pregnancies, which are the typical figures for international comparison.

It does not tell us exactly how many babies were aborted. The figure 6,666 refers to the number of procedures but some of them may have involved twins. If we assume that one out of 60 pregnancies involves more than one baby, we can estimate that the final number is 6,778.

Some countries, England for instance, keep a record of “selective reductions”, when women expecting twins or triplets choose to “reduce” the number of foetuses. This is becoming more common for women who use IVF and have multiple embryos implanted. (When a woman takes the abortion pill before 12 weeks there is no way of ensuring only one child is killed and not the other, if there is a twin).

The British report records in details where abortion took place, the statutory grounds, gestational weeks, procedure (pills or surgery), marital status, ethnicity, number of previous pregnancies resulting in live or still birth, number of previous miscarriages, number of previous abortions, and many more other details. Those are the typical statistical data that one can find in official documents from all countries.

When there is foetal abnormality, the medical condition of the foetus is also recorded. This is how we know, for instance, how many babies with Down Syndrome were killed.

None of this information is recorded in Ireland, bar the statutory grounds, which does not say much as no reason for an abortion is required before 12 weeks, when 98,2% of abortions occurred in 2019. We know much more about Irish women, who haven’t stopped going to England, from the British reports.

This lack of statistic data is not accidental. It was a decision of Minister Harris and the Dail not to have those records.

When, in December 2018, the new abortion law was discussed, some pro-life TDs proposed an amendment to have the Irish report in line with the data categories required under existing UK law. This was to follow international standards.

Not only was the amendment rejected by Minister Harris but the pro-life TDs were accused of bigotry in wanting to know. Deputy Joan Burton said that the amendment “owes more to the language of South Africa prior to the ending of Apartheid” because it mentioned ethnicity. Jonathan O’ Brien said that recording ethnicity and marital status – which, by the way, are also in the Census – is archaic and racist.

Did the deputies know that the ethnicity reference was introduced in the UK legislation in 2002 because of a recommendation of the UK Equality Authority?

Typical information collected in all Western countries was rejected only because the proposal came from the pro-life side. They do not want the public to know what happens.

Deputy Brid Smith claimed that the amendments were “malicious and vindictive”.  Deputy Kate O’Connell said “those amendments are about power, control over women, shame and surveillance”.

Because of them, now we have the poorest abortion report in the world. Will this change when the law will be reviewed in 2021?

Probably not as there is an attempt to deny that there is public interest on the topic.

Minister Harris kept this report quietly on his desk and it handled it on to the new Minister who made it public on the very last day required by the legislation. None of them has commented on the figures.

Currently, the Government does not care if abortion is more common among poorer women, teenagers, one or other ethnic minority, single women more than married women. Nothing.

Pro-choice advocates seem to be split about the matter. One campaigner said: “the only important detail – socioeconomic or otherwise – is that every abortion was needed.” That’s it. No questions allowed.

But public policies should be based on detailed information. The importance of reliable fact-based data should not be underestimate. How can we improve policies and legislation if, for instance, we don’t know in what age group abortion is prevalent? Knowledge about socio-economic but also medical categories is essential and this is why every other country produces detailed reports.

Even the research officer of the Irish Family Planning Association reckoned that “the information gathered is insufficient to inform service planning”.

They obviously need statistics for marketing purposes, to know who is more likely to avail of their “services”, but the general public, whatever opinion on abortion one might have, should not be denied statistic evidence available everywhere else.

There is no chance that the Government will listen to pro-life voices in this matter, but if more pro-choice groups say we need to produce more information like other countries do, then there is some hope of progress.

For the time being, however, the attitude of our authorities is that ignorance is bliss.