The failure to protect our nursing homes 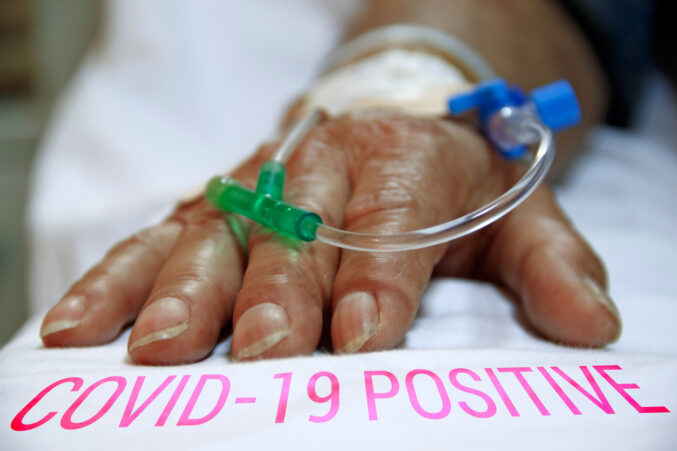 Something went very wrong with Ireland’s Covid-19 policy for nursing homes. Five months from the beginning of the Coronavirus crisis, the failure of the health authorities to properly protect the care homes has become evident. It is now seems clearer than ever that the needs of nursing homes and their residents were placed behind those of hospitals, with terrible consequences.

Speaking at the Oireachtas Special Committee on Covid-19, on behalf of the HSE, Dr Jim Breslin said that more than 5,400 residents had a confirmed diagnosis, which is 18pc of the total nursing home population of 30,000. Half of the country’s nursing homes had become degree of infection.

The surge was expected to happen in hospitals and thus the focus of the health authorities was mostly on that sector. Patients with other conditions were discharged from acute hospitals to make space and prepare them for possible Covid-19 patients.

“[What] I have seen is an overt focus on the acute hospital sector to the exclusion of community care in general.” Tadhg Daly of Nursing Homes Ireland told the Oireachtas Special Committee.

The nursing home sector had foreseen this coming and tried to raise this issue with the health authorities at an early stage. More and more pieces of correspondence now are emerging showing the plea for a proper response to an escalating emergency.

Since February a national plan was required but it wasn’t developed.

“We were exasperated in early stages and felt the sector required a very specific plan. We knew Covid-19 had a disproportionate impact on older people. The planning and focus was almost exclusively on our acute hospitals.”, Mr Daly told the Committee.

What happened instead is that the State recruited staff from the nursing home sector, in favour of the hospital sector.

At the same time, many carers started to feel sick and isolated themselves in their houses. The delay in getting results to be cleared for returning to work exacerbated a situation that was already critical.

A large number of patients were discharged from the hospitals to the nursing home sectors, but with no proper plan. “No memo was issued to instruct the transfer out of patients to clear space in the hospitals, that was just done on a case-by-case basis by individual clinicians”, noted Deputy Louse O’Reilly.

Some of those patients were asymptomatic and only later tested positive, when it was too late and they had passed the disease to other residents and staff.

Mr Tadhg Daly confirmed that in March very few patients discharged from acute hospitals and moved to the care homes, were tested. “If they were asymptomatic, it was not deemed necessary to take a test”.

Pressed by Deputy Brid Smith, a representative of the National Public Health Emergency Team (NPHET) admitted they did not know how many patients were tested before being transferred.

Paul Reid, the CEO of the HSE, admitted to the Oireachtas Special Committee that no analysis has been completed of the impact of transferring people from acute hospitals to the homes. This was a significant contributory factor in spreading of the infection.

The impression is that elderly patients were treated as the poor relations while the focus of public health policy was on the hospital system.

Like in some other countries, this series of failures caused an unprecedented and acute crisis and, as a consequence, hundreds of residents have died.

What the health authority anticipated would occur in hospitals, materialised to a much greater extent in the nursing homes, which experienced the most terrible scenario. They were crying out for staff and for proper Personal Protective Equipment while their residents were becoming infected and passing away.

The history of Ireland’s Covid-19 epidemic will be partly remembered for its failure and neglect of the most fragile and vulnerable citizens. The State did not properly protect them at first.