The religious will inherit the Earth 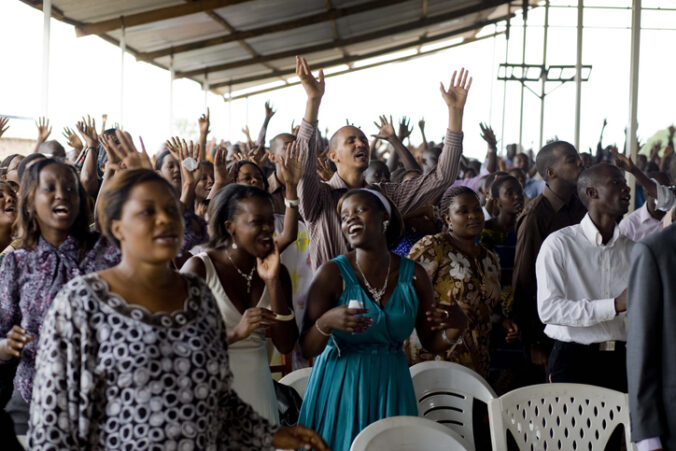 There is a strong possibility that as the world ages between now and the end of the century, it will also become more religious. Why? Because the fastest growing continent by far in population terms is Africa, and Africa is more religious than most of the rest of the world.

A major new study published last week in the prestigious medical journal The Lancet,  predicts that the number of people on the planet will peak in the year 2064 at about 9.7 billion, but then start a rapid decline and by 2100 it will be around 8.8 billion.

The paper forecasts population changes from 2018 to 2100 for 195 countries and territories, and found that all regions, except sub-Saharan Africa, will have substantial population declines.

2.1 children per woman is considered the minimum rate to keep population numbers stable.

The Lancet study developed five different scenarios. The ‘reference scenario’ is the one most likely to happen in their view and it is the one this blog will refer to.

Under the ‘reference scenario’, the Irish population is forecast to peak at 5.77 million in the year 2057 and decrease to 5.44 million by the end of the century. Only immigration will stop it going much lower.

Countries like Italy and Spain are forecast to have extremely steep declines. They could both halve in population and be much older than they are now.

Sub-Saharan Africa, which is the region with the highest Total Fertility Rate in the world, will stay above replacement level until 2063, and then is forecast to drop.

The population of sub-Saharan Africa is projected to jump from about a billion today to around three billion by 2100. This will amount to a third of the total number of people in the world, and a far higher percentage than that of young people.

As an indication of how fast the world will age, by 2100 it is projected that there will be twice as many people over 80 as under five.

The Lancet study does not address the religious dimension of those demographic trends but from other studies we know that societies – and groups within a society – which are more religious tend to have a higher fertility rate. ‘Shall the religious inherit the Earth?’, asks political scientist Eric Kaufmann in his book of that name, pointing to the fact that everywhere devout families are expanding their share on the population.

The demographic projections of the Pew Research Center, for instance, highlighted that in 2050 the share of atheists, agnostics and those who are not affiliated with any religion will decline in the world population. The number of Christians is projected to rise at the same rate as the global overall population – by 25pc  – while in the same period Muslims are expected to increase in number by 73pc and match the total number of Christians by 2070.

In 2050, 40pc of the world’s Christians will live in sub-Saharan Africa.

Even if Africans arriving in Western countries become more secular, many will still almost certainly remain religious, and they will form an ever larger proportion of Western populations making those countries more religious as well.

In other words, the 22nd century would well be considerably more religious than the present one. That is not what secularists were predicting once upon a time.