Sacred day when a spear of longing pierced my world

Sacred day when a spear of longing pierced my world

Valentine's Day can be a pain when you're young: a purgatory of false expectations. It probably doesn't matter as much as it used to in the past, but back when I was a kid, in the late 13th Century, the postman was waited for anxiously. You might think it strange that it's a day when I always think of you -- and yet it is, for it was on the feast-day of old Val, the patron saint of petrol-station flowers, that I first got to see your face.

We were living in London then, your mother and I. We'd been married a couple of years.

But for most of my adult life, I'd been sure I would never be a father. I don't know why. Fear, I suppose. It wasn't until my early thirties that I met someone who gave me cause to question my certainty. Your mother was so brave herself. It rubbed off on me.

When we realised you were on the way, we were drunk with excitement. For days I walked around in a haze of numbing cheerfulness. But for all the joy, there was an old foreboding too. Nobody ever tells you the full truth about parenthood: that it drops a stone into the stillness of the love that made it, and some of the ripples can be fierce for a while.

Now it was Valentine's Day, the morning of the second scan. In the waiting room of the clinic sat couples looking nervous.

The clinic offered fertility treatments, laparoscopy, IVF. I was painfully conscious, as we waited to be called, that many of these people would give anything to be us.

The nurse, a middle-aged Nigerian woman, moved slowly, deliberately, humming softly to herself as she worked. There was gentleness in her silence, a healing aura. Her matter-of-factness itself was healing, for it seemed to say what was happening was part of the everyday, and that similar things would be happening millions of times this morning, that there are no miracles at all, only hopes.

Your mother lay on the couch, the nurse moved slowly, and I watched as the monitor screen came on. Some of your features were clearly discernible on the screen. An arm, a spine, a ghostly white face. "You have a son," she said quietly. "He is healthy, thank God." The little creature in the glass was more like a being from some faraway planet, some spacemen unimagined by science-fiction. You turned. You rolled. You moved the twig of an arm. But even as the nurse finished making her notes and confirmed that the baby was doing well, I didn't feel what everyone had told me I should feel. It was what happened next that I found astounding.

Casually, like someone doing something long-practised in a kitchen, the nurse reached out and flicked a speaker-switch on the side of the monitor unit. There was a short crackling sound, a few watery echoes. A long moment passed. A truck went by in the London street below. And the sound of your heartbeat filled the small room.

My own heart actually seemed to stop. It was like having a spear of longing driven through me. That small pulsing rhythm that called for nothing except to be loved. It was about nothing but itself, its own aching vulnerability. It was so very ordinary, yet it felt unspeakably sacred, more than any music I had ever heard, or ever will. Unable to speak, I simply stood and listened, and the lightning out in the street seemed to flash through my nerve endings. I left that room, your father.

Every birth is a new life, but also an intimation of mortality. It says all things pass; there are seasons in our living. But lying in the darkness that night, I saw it didn't matter. This was the secret. It didn't matter. Our fears, our inadequacies, our failings, our hurts, the promises we broke, the disappointments done to us, none of it need weigh any more than we wish, and only our love weighs exactly what it will, and that weight should be carried with joy.

And I saw the only promise a father can ever hope to totally keep. I won't leave you. I will stay to the end.

Your mother stirred beside me. We listened to the night sounds. From the flats in the next street arose the alleluia of someone's car alarm, and the repeated bark of a dog. To say I began to experience a deep sense of calm and acceptance would be technically correct, but it wouldn't come close. I'm not a religious person but the language of sacrament kept suggesting itself. If there is a peace that passes understanding, I know what it is. The recollection of nothing more than a child's heartbeat: the small, persistent, puttering rhythm which proclaims that life has triumphed over death: that you can stand up and walk out of the tomb of the past. And even if that peace ever fades from my memory -- even if it were to completely disappear -- to have glimpsed it just once is miracle enough for one life.

And I owe you that Valentine gift, my dear child.

Joseph O'Connor
Posted by Angelo at 9:35 AM 1 commento: 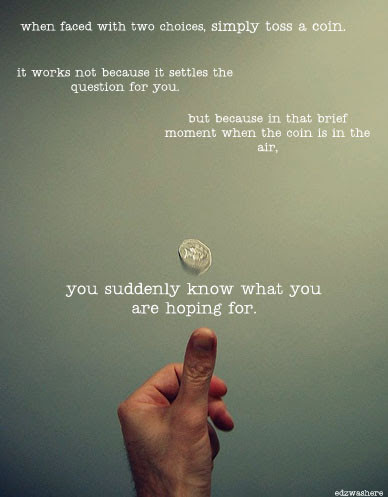 Posted by Angelo at 10:22 AM Nessun commento:

Posted by Angelo at 12:18 AM Nessun commento:

Bernard-Henri Lévy makes a mistake about the sex life of Immanuel Kant: "No one seems to be feeling sorry for the vain media star and philosopher Bernard Henri-Lévy. He managed to mistake a spoof book for the real thing. Citing a book by the fictional philosopher 'Botul' (founder of the 'Botulism' movement) about Kant's sex life was not a good idea (presumably Kant's sex life involved asking the question 'What if everyone did that' at crucial moments). More interesting, though, is the question of whether BHL (or BHV as some people dub him - after the French department store - because he's always selling himself) is actually a cleverly created fiction himself. His glamorous lifestyle, his beautiful homes, his hair, his open necked shirts (never wears a tie, but has special shirts handmade so they stay open just so)...it all seems like an image...But is there anything behind the façade? Apparently not much rigour. But you have to admire the damage limitation he's been doing in the media since his exposé. Take a look at the bio page of his website if you think Brian Leiter is exaggerating in calling him a poseur."
Posted by Angelo at 7:49 PM Nessun commento:

"With Just Enough of Learning to Misquote..."

"With Just Enough of Learning to Misquote...": "From G.K. Chesterton by Christopher Hollis (1950):

Chesterton, with a prodigious memory but a constitutional contempt for accuracy that he carried often to unpardonable lengths, quoted Browning copiously, but he quoted him always from memory and often with verbal inacurracy.

I can't agree with Hollis here (though I should add that I'm not sure just how far Chesterton did carry his 'contempt for accuracy!'). Chesterton's willingness both to misquote, and also to defend his misquoting, is one of his most endearing characteristics. As he says somewhere, 'Misquotation shows that a writer's work has become part of the reader'. (Well, something like that.)

Through my own work in a university library, I've witnessed the almost neurotic concern that students (and academics) develop with 'references'. This might lead them to scouring through some massive volume-- or several massive volumes-- to hunt down that one sentence they remember reading, and making sure they have the comma in the right place.

While such meticulous accuracy is highly commendable in engineers and doctors-- we don't want bridges falling down or surgeons taking out the wrong bit-- it seems contrary to the whole atmosphere of liberal education. A layman who flicks through any academic journal printed in the last thirty or forty years (at least) will almost certainly be struck by the pedantry and plodding earnestness of the writing. Chesterton was never more right than when he was struggling against that sort of thing. I think Shakespeare put it best: 'Who cares where the comma goes, dude'?

Typography from Ronnie Bruce on Vimeo.

Posted by Angelo at 10:47 AM Nessun commento: