To what extent is philosophy reliant on translation and how does this practice impact on philosophy itself? How should philosophical texts be translated? Is translation inherently philosophical? Can philosophy be described as a 'type of translation'? The essays in this collection seek to respond to these intriguing and provocative questions. Exploring a wide range of issues, from the complexities of translating ambiguous philosophical terms to the role of language in concepts of identity and society, each essay highlights the manner in which the two disciplines rely on (and intersect with) each other. Drawing the collection together is an understanding of both translation and philosophy as practices which seek for meaning in our complex relationship with language and the world.

Contents: Theo Harden: The Awful German Language, or, Is 'Die Geistige Entwicklung' 'The Mental Development'? - David Charlston: Translating Hegel's Ambiguity: A Culture of Humor and Witz - Daphna Erdinast-Vulcan: Reading Oneself in Quotation Marks: At the Crossing of Disciplines - Andrew Whitehead: Moonless Moons and a Pretty Girl: Translating Ikkyu Sojun - Angelo Bottone: Translation and Justice in Paul Ricoeur - Lisa Foran: Translation as a Path to the Other: Derrida and Ricoeur - Elad Lapidot: What is the Reason for Translating Philosophy? I. Undoing Babel - Alena Dvorakova: Pleasure in Translation: Translating Mill's 'Utilitarianism' from English into Czech - Veronica O'Neill: The Underlying Role of Translation: A Discussion of Walter Benjamin's 'Kinship' - Sergey Tyulenev: Systemics and Lifeworld of Translation - Feargus Denman: Translation, Philosophy and Language: What Counts?

Lisa Foran is a tutor and doctoral candidate in the School of Philosophy at University College Dublin and a visiting graduate student at the Archives Husserl (ÉNS) Paris. Her research, funded by the Irish Research Council for the Humanities and Social Sciences, focuses on the relationship between translation and the Other in the work of Jacques Derrida.

A special Vatican City postage stamp depicting Blessed John Henry Newman and Westminster Abbey with Pope Benedict is included in a new set issued to mark the Apostolic Journeys made by Pope Benedict XVI during 2010.

The Union Jack is also included in the bottom left-hand corner of the Euro 1.60 value in the set of five stamps released during November 2011.

Pope Benedict XVI made five Apostolic Journeys outside Italy during 2010. The fourth being the remarkable historic State Visit to the United Kingdom, the first by a Pope, 16-19 September.

The exterior of Westminster Abbey, shown on the Vatican City stamp, is steeped in more than a thousand years of British history. Benedictine monks first settled on the site in the middle of the 10th century and the monastery of St Peter established.

Pope Benedict took part in Evening Prayer in Westminster Abbey together with the Archbishop of Canterbury, Dr Rowan Williams, on Friday, 17 September 2010.

One of the highlights and the purpose of this particular Apostolic Journey made by Pope Benedict XVI was the beatification of Cardinal John Henry Newman which took place during a special Mass in Cofton Park, Birmingham, on Sunday, 19 September 2010.

Blessed John Henry Newman 1801-1890, a former Oxford don and Anglican priest, was received into the Catholic Church at Littlemore, near Oxford, on 9 October 1845. He moved into his newly built Oratory House in Edgbaston during February 1852. He was created a Cardinal by Pope Leo XIII in 1879, and died in his room in Birmingham on Monday, 11 August 1890, aged 89.

The Most Reverend Vincent Nichols, Archbishop of Westminster, and President of the Catholic Bishops’ Conference of England and Wales said: "The Papal Visit to the UK remains a moment of great importance and a vivid memory. This stamp helps many people to reflect further on the role of faith today."

Archbishop Nichols added: "The depiction of Blessed John Henry Newman alongside Pope Benedict XVI signals an affinity of mind and an encouragement in our study and proclamation of our faith."

Cardinal Newman was first depicted on a stamp issued by the Republic of Ireland in July 1954. This was followed by Jersey in September 1983. Isle of Man Stamp & Coins issued a special miniature sheet on 11 August 2010, to mark the State Visit of Pope Benedict XVI and the Beatification of Blessed John Henry Newman.

For the record the other Apostolic Journeys of Pope Benedict XVI during 2011 were to Malta in April for the 1950th anniversary of shipwreck of Paul of Tarsus; to Portugal in May; to Cyprus in June; to Spain in November.

The Vatican City stamps were designed by artist Giorgio Borghesani, and printed using the offset process, in sheets of 10 stamps by BDT (Ireland).
The total printing was 200,000 complete sets.
The stamps, only available in sets (price Euro 6.35), will be bought not only by stamp collectors but by visitors and pilgrims to Rome and the Vatican.

Posted by Angelo at 9:48 AM Nessun commento: 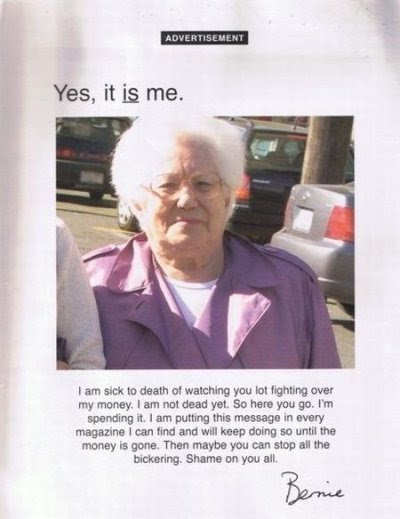 Posted by Angelo at 11:29 AM Nessun commento:

Symposium - Newman on the idea of the University

Avvenire
© RIPRODUZIONE RISERVATA
Posted by Angelo at 10:44 AM Nessun commento:

Continua qui.
Posted by Angelo at 10:32 AM Nessun commento:

Libertarianism at Its Best

Libertarianism at Its Best:

can be found in this sensible and humane piece by Steven Greenhut, on the ridiculous police state tactics deployed by campus security thugs against peaceful protestors at UC Davis (and the lies unsuccessfully deployed to try to excuse those tactics).

His critique of the growing love of fascist violence by the Thing that Used to Be Conservatism is particularly pointed. Also striking is the repeated and persistent use of the word “animals” by alleged conservatives (many of them no doubt Christian) to describe people who were doing nobody any harm, but whose tribal affiliation and dumb ideas place them on the wrong side of an ideological divide from the alleged champions of limited government and the Judeo-Christian tradition. As Greenhut nicely sums things up:

What’s really disgusting is the natural instinct of so many conservatives to stick up for the police. They don’t like the Occupy protesters, so they willingly back brutality against them, without considering the possibility that conservatives at some point might be on the receiving end of this aggression. Then again, this common, vulgar form of modern conservatism almost always sides with the state, even as it champions the empty words of limited government.

In a rapidly dechristianizing society, you’d think that conservatives and Christians would have the modest foresight necessary to ask themselves, “Gee, what if the state and its militarized police decide that we are menaces who deserve to be treated like lawless rioters when we are just sitting there posing no threat and exercising the right to peaceably assemble? Suppose they blinded me with pepper spray or took the advice of more fascist minded ‘conservatives’ and started beating me or fracturing skulls with rubber bullets all while lying that I was a ‘threat’?” But, as the huge ‘conservative’ support for torture has demonstrated, the Thing that Used to be Conservatism seems to be dominated by an awful lot of people want to live in a police state and who seem to have no conception that a post-Christian police state will not keep them safe.

I see basically no difference between these tactics:

and those of Bull Connor:

Does this mean I agree with the OWSers confused and their mixed up goals? Generally, no. Greenhut speaks for me pretty well:

I disagree with most of what the Occupy protesters are saying, quite obviously, but when I see lines of riot-gear-clad officials standing in front of these unbathed wretches, my heart goes out to the wretches. They need a lesson in economics and politics. The policies they advocate – to the degree that many of them have any well-defined grievances – range from the silly to the disastrous. They are inconsistent, foolish and hypocritical. Many of them are lazy freeloaders. Such is life. They do create filth and chaos in public parks, but if one cannot protest in a public park, there are not many places to have a protest. It’s in everyone’s best interest for the authorities to provide as much latitude as possible for protesters of any political persuasion. We still do pretend to live in a free society, right?

As a matter of common sense, I think it wiser for a Catholic in a rapidly dechristianizing culture to be more worried about vast concentrations of power and wealth in an unaccountable pagan crony capitalist state ruled by a God King who grants himself the power to kill any American citizen he chooses. I think it more sensible to be concerned about the intensely incestuous relationship between Big Caesar and Big Mammon. I think it more sane to keep an eye on legislators from two parties who are about the amassing of vast personal wealth as they contemplate how to force veterans to sacrifice more. I am much more concerned about militarized police who have power to casually pepper spray unresisting protestors and lie that they were a “threat” than I am about a few disorganized people living in tents and playing drums, who are open to reading Chesterton and hearing some Catholic social teaching (as many of them are). Are OWSers sinless victims? Of course not. We all know the stories of the smelly hippies, nuts, creeps and criminals among them (sort of like the smelly hippies, nuts, creeps and criminals who occupy the pews–and sometimes the altars–of the Catholic Church). Arrest ‘em if they break the law. But do be sure to arrest them for actual lawbreaking and not merely for being annoying or standing next to a smelly hippy, nut, creep, or criminal. Otherwise the jails fill up and the state has to figure out something else to do, like ask itself if the whole crony capitalism thing is really panning out as planned, when its manifold and manifest failures are generating this much unrest, not only among OWSers but Tea Partiers as well).

But unless there is a real threat, this police state crap must go. Like James Madison, I am generally of the opinion that we have more to fear from the state than from a bunch of people peaceably assembling. There used to be a time the Thing That Used to Be Conservatism knew that too.

Posted by Angelo at 10:49 AM Nessun commento: