Ireland one of only two EU countries banning public worship 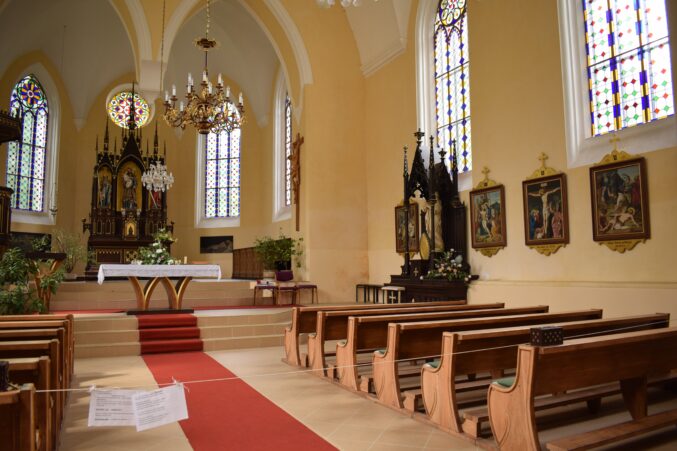 Ireland is currently one of only two countries in the whole of the European Union where the Government has put a complete stop to public worship.  The other member-state is Slovenia. Restrictions on worship vary from country to country, from mild in Austria, to strict in Belgium.

In Belgium, dozens of Catholics gathered on Sunday in Brussels to protest the current rule that allows only 15 people to attend religious ceremonies.  The protest took place in front of the Keokelberg national basilica, the fifth biggest church in the world that could contain more than 8,000 worshippers, with the purpose of showing the absurdity of some of the current regulations.

The protesters, together with members of other faith groups, are asking the Belgian Government to allow a number of participants in proportion to the size of the building, as it is the case in other countries. In the Netherlands, their neighbour, there is no limit in number. In France it is 30, while it is 50pc of the capacity in Italy.

Last year, Belgium had one of the strongest restrictions in Europe and public religious ceremonies were banned until the Jewish community appealed to the Council of State, which found the rules excessive. In December, the Government was obliged to ease the restrictions and it allowed 15 people per service, not including the celebrant and children under 12. The decision has left the larger faith communities unhappy and they are now hoping for further relaxation at a Government meeting on Friday.

As mentioned, at present Ireland is the one of the only countries in Europe where the State is banning public worship. A similar situation exists in Scotland. In Northern Ireland, public worship is allowed by the Government, but the main Christian denominations have decided to keep their churches closed until March 5th at least.

Scotland’s ban has been attacked by father Tom White, Dean of the City East St Alphonsus Church in Glasgow, who has filed a pre-action letter with the Scottish government

“I speak for many in the church when I say that it’s very important to keep people safe and well during this pandemic,” the priest said. “But this can and should be done while also allowing people to fulfil their need to draw close to God and worship in community at the church. With appropriate safety measures, we can accommodate both of these outcomes, as is shown in England, Northern Ireland and Wales”, he said.

In other countries in Europe there are restrictions in terms of number of worshippers allowed to attend, or local and temporary bans, but no other state has prevented public religious celebrations for so long periods as in Ireland. This has happened for many months in 2020 and then, again, since January 2021.

Many voices have expressed criticism for the excessive measures.

Last November, businessman Declan Ganley sought leave to bring judicial review proceedings against the Minister for Health but the hearing of the case has been postponed several times now and when the ruling will eventually arrive it will be too late.

Ireland's four Catholic archbishops have also recently expressed to the Government their desire to return to worship soon, particularly during Lent and the Holy Week. Moreover, the archbishops have asked the number of mourners allowed to attend funerals to be increased. Taoiseach Martin replied that the concerns raised at the meeting would be given consideration.

Meanwhile, a group of independent Protestant churches called 'Christian Voice Ireland' has launched a video “A Call to Reopen Churches in Ireland” featuring pastors and faithful. The group represents more than 80 Christian churches and ministries and they are asking for the Irish Government to reopen churches in Ireland with immediate effect.

Here is a list of what is happening in various EU countries, based on the official EU website Re-open EU.

Max 500 participants depending on size of building: Denmark.

Czechia: no more than 10pc of the venue’s seated capacity.