French and German judges rule against Covid-bans on public worship 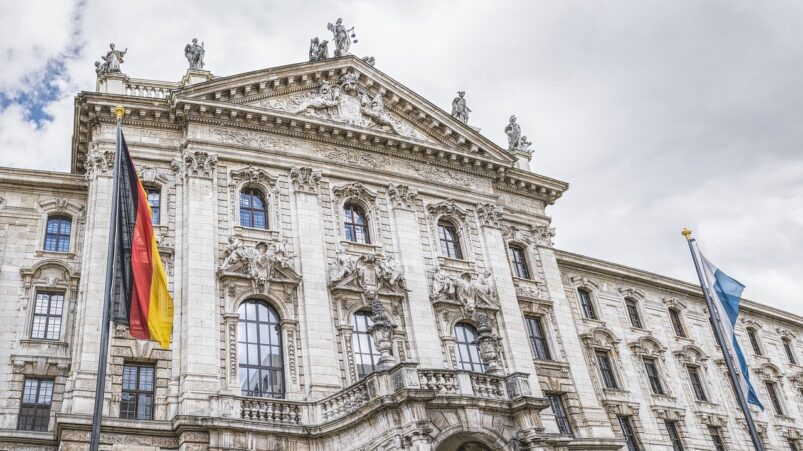 In both Germany and France, judges have ruled that a ban on public worship in response to the pandemic is disproportionate and a violation of rights. The judges were aware of the need to protect public health, but believed this could be done without a total ban.

The German Federal Constitutional Court, on April 29th, ruled that the prohibition violated the religious freedom guaranteed by the Constitution.

The ban was introduced in mid-March as part of the first package of measures to slow the spread of Covid-19.

However, on April 15th, Chancellor Angela Merkel announced that shops and other venues were allowed to reopen but public religious services were not permitted.

As a response, the president of the Catholic Bishops’ Conference maintained that the ban was a major impediment to the freedom of worship and could not understand why it should remain in place if proper safety measures were introduced. On the other hand, a representative of the federation of Lutheran, Reformed and United churches expressed support for the Government’s measure.

Interestingly, it was a Muslim association that appealed against the ban and prompted the Federal Constitutional Court’s decision.

The Court ruled that exceptions could be granted when it is possible to enforce effectively protective measures. The size, the structure of the religious setting and the current risk level in the local region, all must be taken into consideration.

This means that in Germany public religious celebration have returned since the end of April.

In France, when Prime Minister Édouard Philippe announced the partial lifting of the lockdown, beginning May 11th, he said the ban on public worship should continue until at least June 2nd.

During previous consultations with the Government, the Bishops’ Conference had clearly stated that restarting public Masses was a priority for them and they presented some possible measures to arrange the churches and contain the risk of contagion.

The Bishops expressed bitter disappointment at the announcement. “They don’t trust us. Why can markets, little museums and mediatheques open up and churches can’t? That doesn’t make sense”, said the Archbishop of Paris.

On Monday (May 18th) the Council of State, which is the highest administrative court, lifted the ban and gave the Prime Minister eight days to introduce new measure that are “proportionate to the risk”.

The appeal was presented by a number of lay Catholic organizations.

Two reasons are behind the Council’s ruling. First, freedom of worship is a fundamental right which includes by its own nature “the right to collectively attend ceremonies in religious venues”, the court said. And also, if gatherings of less than 10 people are tolerated in other public venues, it should be possible to do the same safely in places of worship.

“The general and absolute prohibition is disproportionate to the purpose of preserving public health and therefore it constitutes, with regard to the essential nature of this component of freedom of worship, a serious and manifest illegal violation to the latter”, ruled the Council of State.

There is something in common in the German and French cases, with some similarities with what has happened in Italy too.

The different religious denominations have initially accepted and respected the necessary restrictions to public worship imposed by the government. After a period, some restrictions were lifted but they did not include the ban on public religious celebrations. Consequently, the Catholic Bishops’ Conference protested and offered a clear plan to address the legitimate concerns for public health and return to open the churches.

Then, in Italy a compromise was found and a date for reopening was announced, while in Germany and France some organisations of believers – not the official religious representatives- appealed against the ban and won their case.

In Ireland, the ban will last much longer than almost anywhere else: two more months. Will someone here decide to appeal to the courts and seek to have public worship restored?